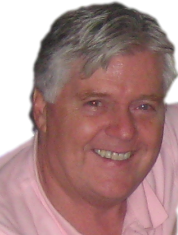 Dr Christie Harrington was educated in his native Ireland before participating in undergraduate studies at London University from where he graduated in 1972.

A further two years of post-graduate work ensued before deciding that his interest in Oriental medicine compelled him to pursue this course under the direction and guidance of the eminent Professor J.R. Worsley at the College of Traditional Acupuncture in Leamington Spa, England.

This thorough training took a further seven years both in the theory and practice of Oriental medicine and Western medical sciences, earning Dr Harrington a further two degrees.

Upon graduation, this physician practiced in London for seven years in a multidisciplinary clinic (including allopathic physicians), before emigrating to the U.S. in 1990 to fulfill a long held ambition to practice here.

Christie is a Member of the American Academy of Pain Management and participated in Acupuncturists without Borders.

He also works with patients toward the reconciliation of emotional and physical pain, at his Acupuncture Center in Port Jefferson.